Everyone knows chlorine is harmful to aquarium fish. It must be removed from tap water, or you’ll harm or kill your fish, invertebrates, and other aquatic life. 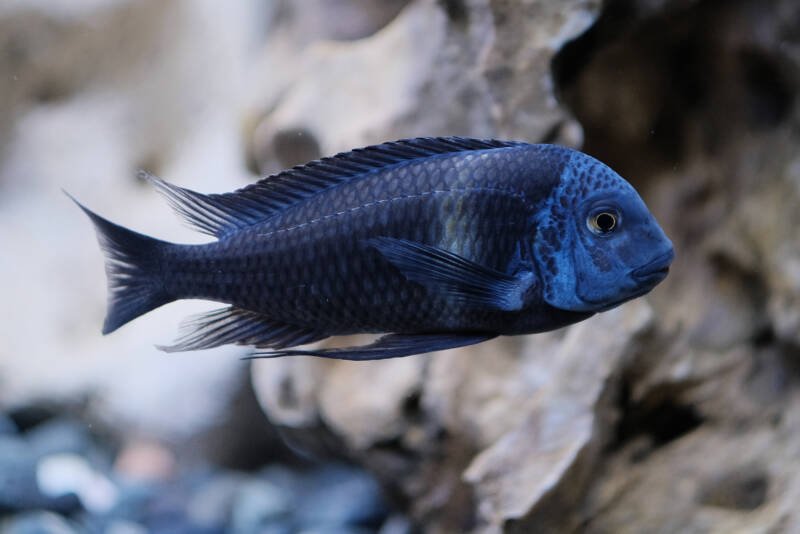 Some aquarists wonder what happens to chlorinated water if it sits for a while. Does the chlorine go away all by itself? The answer is “maybe.”

We’ll explain that later. But first, it is helpful to understand more about chlorine.

Why is there Chlorine in my Tap Water?

Many public water systems add chlorine to the water supply to kill harmful pathogens like bacteria, viruses, and parasites.

Chlorine disinfection kills harmful microorganisms that cause disease and illness.

Some of the chlorine is used up as it travels through the pipes to your home. The remaining residual chlorine works against potential contamination in pipes that could get in through leaks and during pipe repairs.

The residual chlorine is what keeps tap water safe but must be removed when adding the water to your tank.

There are several types of chlorine disinfectants that can be added to tap water.

Chlorine was the most common disinfectant for many years. Chlorine is added to water as bleach or bubbled in as a gas.

It is a powerful disinfectant and quite harmful to aquatic life. It was discovered that chlorine reacted with naturally occurring organics in the water, forming carcinogenic byproducts.

Chloramine is a combination of chlorine and ammonia.

Chloramine does not react with organic matter to form carcinogens. It is not as powerful as chlorine, so a higher dose is added to tap water. Chloramine is toxic to fish and invertebrates.

Chlorine dioxide is a chlorine-based disinfectant.

It is used in tap water because it kills bacteria and other pathogens, and it does not form cancer-causing byproducts like regular chlorine. It is harmful to aquatic life.

How do I Know if my Water is Chlorinated? 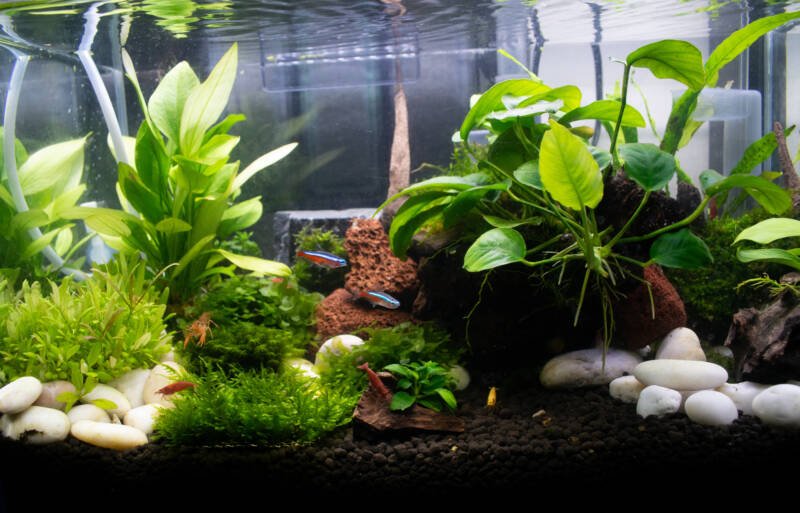 If you have municipal water, chances are good it contains some level of chlorine. The maximum disinfectant level is regulated by the federal government.

Chlorine and chloramine have a maximum allowable level of 4 ppm. Chlorine dioxide can be no higher than 0.8 ppm.

Can I taste chlorine?

Yes. Many people say they can tell when water has a high level of disinfectant.

Can I smell chlorine?

Yes. Chlorine slowly leaves the water. Your nose may be able to detect the chlorine in the air above the glass of water.

Smelling and tasting the water is not a reliable way to check your water’s chlorine level. It really needs to be tested.

How to test the chlorine level

Test your tap water for the presence of chlorine with a chlorine test strip.

Be sure to use a test kit designed for aquarium use. Pool test kits do not test in the low range and may say there is no chlorine when there really is a trace in the water. 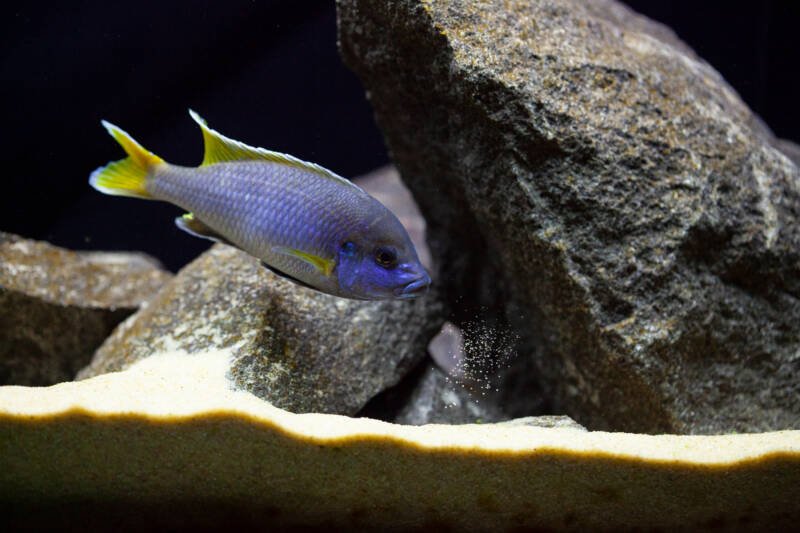 In the “old days,” aquarists would “age” tap water before using it in their aquariums.

Aquarists would sometimes fill a 55-gallon trash can with water and let it sit for a week or longer. They believed something good was happening to the water to make it suitable for the aquarium.

If the water was treated with regular chlorine, aging would allow the chlorine to dissipate from the water.

The process would go faster if the water was heated and aerated. It just so happens that aquarists would place an aquarium heater in water and use an air pump to bubble air into the container.

This would make the water warm enough for the fish and drive off the chlorine gas.

How long does it take for chlorine to leave the water?

It depends on several factors. The more chlorine in the water, the longer it takes.

It helps to warm the water and use an aerator. UV light from the sun also breaks down chlorine.

It can take 2-3 days for the chlorine to leave if the water sits inside your home. Use a test kit to be sure.

Do all chlorine disinfectants leave the water over time?

Regular chlorine will leave the water in 2-3 days. Chloramine is very stable and can take weeks to break down.

Sunlight speeds the breakdown process, but it is still much too long if you need to make water for your aquarium.

Chlorine dioxide is more stable than regular chlorine and could take days to break down if exposed to sunlight.

Simply follow the directions, and you’ll know the water is safe for use in the aquarium.

The idea of using ascorbic acid powder to neutralize chlorine has been around for a long time. For some reason, aquarists believe it is a non-chemical way to conditioning tap water.

Synthetic vitamin C is not a natural product. It is a synthetic chemical that can neutralize chlorine disinfectants.

It is used in industrial applications where less costly chlorine neutralizers aren’t compatible. But it makes no sense for aquarists to buy the powder and try to figure out the right dose. There is no benefit to the aquarium.

Chlorine disinfectants react with the surface of activated carbon particles.

Through a chemical reaction, the chlorine is rendered inactive and safe for aquatic life. A faucet filter or stand-alone activated carbon filter will make chlorinated tap water instantly usable in any type of aquarium.

You don’t have to wonder if your tap water contains chlorine, chloramine, or chlorine dioxide. Just use an aquarium water conditioner and forget about it.

If you have questions or comments, leave them below.