Just about every aquarium and reef tank owner know that leveling the tank water is simply one of those things you have to do. What else can you do? It’s the nature of water that they evaporate, and it is part of your job to replenish the water that you’ve lost.

But just in case no one’s ever told you, there’s actually such a thing as an automatic self-leveling controller for your fish tank.

My pick is the Tunze, keep reading for more options! 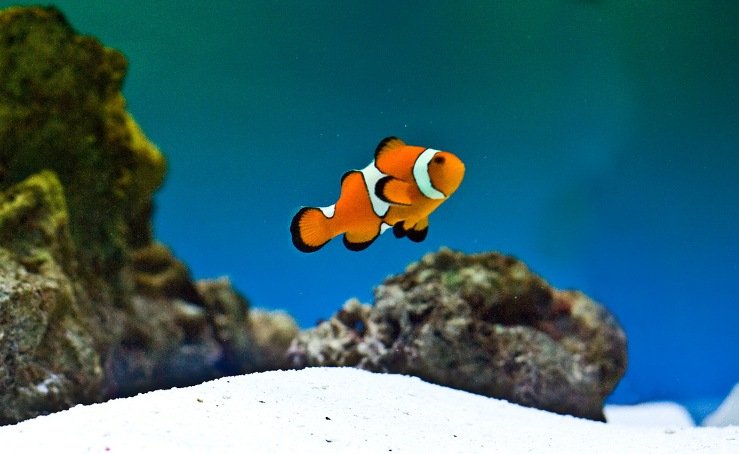 What is an Auto Top Off System?

An auto top off (ATO) system automatically detects the water level in your reef tank, and then it also automatically replaces the lost water so that the water goes back to the optimum level.

It relieves you of this bothersome daily chore, as it can take a lot of effort lifting buckets of water and wiping down spills. The salinity is kept stable so your fish remain healthy, and it also keeps your pumps from running dry.

It also sets your mind at ease when you go on vacation. There’s no point in going to the Bahamas after setting an automatic fish feede﻿﻿r when you just come back to corpses of fish ion a barren wasteland of a tank.

Factors to Consider when Buying

The first thing you need to check is what’s included in the purchase. The basic kit is the self-leveling controller, two sensors (one to sense that the water is too low and needs replenishing, and the other to sense when the water level is good so the water us shut off), and mounting implements.

The complete package will include the pump as well as the hoses that will depend on the pump you use. And then there’s also the water reservoir where the replacement water will come from. You will still need to replace this water in the reservoir, but at least it won’t be daily.

The pump may fail and not add water, or there may be a power outage and your system doesn’t turn on back automatically. It may even be just a case of forgetting to refill the reservoir. A good quality unit can be relied on to work flawlessly.

Then you need to consider the ease of installation and use. This should easy and quick. Finally there’s the overall price to consider, although it’s more accurate to say that value for money is more important.

With these factors in mind, let’s take a look at some like candidates for your tank:

With this ATO, you get the basic setup of the controller, the two float sensors, and two brackets.

You’ll have to get your own reservoir, pump, and tubing. The JBJ receptacle can handle pumps up to 2amps. 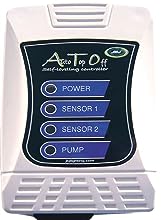 It comes with several additional features, besides the automatic refilling and leveling off. It has an Audible Alert, and it also has a “Float Fail-Safe”.

This failsafe turns off the power to the pump after 3 minutes and 45 seconds of refilling, so that you won’t overfill the tank in case the sensors fail. You’ll then need to restart the controller by resetting the float sensors.

Now this isn’t just an automatic top off system. It’s a smart ATO. It includes the pump and the tubing, which can pump at 74 gph to a height of 6.5 feet. It has a universal holder too. 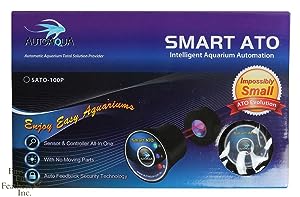 This is the gold standard, although it’s also the priciest. It’s the price that may tempt you to look elsewhere, but Tunze has been making automatic self-leveling controller units since 1983.

This also uses a safety float sensor, but only as a backup. Instead, it mainly uses an optic mini sensor. It also includes a pump as well. 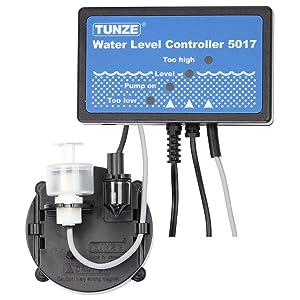 There’s no question about it—get the Tunze Osmolator. You really get what you pay for, and you can really depend on it. In the end, that reliability is the most crucial factor of them all.

If you think there’s something better out there, chime in and gives us your ATO recommendations!