Betta fish were originally discovered in Southeast Asia (Vietnam, Malaysia, Thailand and Cambodia). They can be found in a large variety of habitats around the Mekong Basin and Chao Phraya Rivers, small tributaries feeding rice paddies, slow moving areas of the main basin or rivers, and even the larger bodies of open water.

They became popular in the 1800s and got their reputation as a fighting fish. Their names actually derives from the word Bettah, a name of an ancient clan of warriors, the sport quickly became popular. 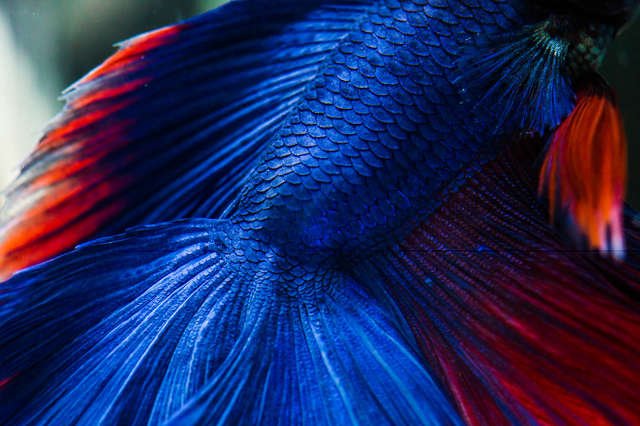 Lifespan - Around 3 years. I would stretch it to ~ 5-7 years with perfect conditions.

Bettas in the Wild

As previously mentioned Bettas can be found in a multitude of biodiverse environments in Southeast Asia. They are a typically territorial fish that once establishing its own area it quickly sets up camp, Males more so than females. Their territories are around three feet square, in areas with relatively shallow waters in slow moving or still sections of water.

The natural home of the Betta is relatively warm, only dropping to around 50° F during winter and climbing up to 100° F and sometimes even more. Because of this a common myth began, that even to this day the best pet stores or fish houses are still trying to eradicate, the myth being that Betta fish are used to living in very small spaces and in the wild are mostly found in puddles.

This will happen in the wild due to the summer months evaporating water and therefore reducing the Bettas territory to nothing more than a small body of muddy water. This, however, does not mean they are used to it or where they are always found, jumping from puddle to puddle.

Because of this natural happening the fish developed a special way to cope in the dense, thick water with little to no oxygen, they developed a labyrinth organ which allows them to swim up to the surface to take a breath or gulp of air.

They are carnivorous in the wild, mainly feeding off small insects and insect larvae, small aquatic invertebrates and sometimes even tiny fish fry.

This fish has been bred since at least the 1800s and has developed a range of tail shapes and colors, here is a short list of some of the most common you may come across:

There may be more variations available but I personally haven’t heard or seen any other types often enough to call them a common type of Betta.

Ideally when setting up an aquarium with this fish its best to keep in mind: wood, sand, plants.

I've found sand to be the most effective substrate to use, not only does a quality natural sand look fantastic, it will also help to soften the water, creating ideal water parameters for the fish.

Wood acts the same as sand but can also add a little extra. When purchasing bogwood you will often be told to soak it for an excessive amount of time to remove any tannins left inside, I would recommend not soaking the wood, it gives the aquarium that natural look and doesn’t affect water quality.

Finally, the plants. Due to the behaviors of a Betta they like heavily planted aquariums with a varying leaf shape, large broad leaves for resting on and thin stem like leaves to provide a hide.

This section is relatively easy, Betta fish do not require an air pump, adding one in for a visual effect will also hinder the life of any plants you wish to use.

Filters, some people choose not to have filters in the tank, I really don’t agree with it as 100% water changes at a minimum of every 10 days is never going to be good for any fish, so, use a filter.

In my set up I use an external hang-on waterfall filter, this is not the typical power filter providing a fast flow (even with spray bars it's still too quick) this allows the water to just fall back into the tank and not affect water flow rate massively.

Remember, filters should always be measured on the aquarium volume, heaters should be treated the same, choose the correct heater relevant for your aquarium and set it to between 75° and 80° F.

The best lighting I've found to use are low powered LED lighting set and attached in a way that aspects of the aquarium are lit up and others relatively dark, giving a more natural look and providing many hiding spaces for your fish.

Over my many years fish keeping I’ve been fortunate enough to have access to a wide range of fish products and I’ve put together a list of my ultimate Betta shelf.

But first I have to mention that this fish is a statement fish, often referred to as ‘The Jewel Of The Orient’, so don’t go for the cheap products that aren’t going to enhance any colors or just mess the aquarium parameters. So, the products:

There are 2 ways of breeding Betta fish, you can either get a Betta that is a definite pure strain of the type of Betta you want and breed from there, enhancing an already stunning fish.

The other method is getting a Pet Store Betta (often frowned upon by hardcore Betta keeps) and see what happens, maybe even try yourself at turning something quite dull or common into a fish you will be proud of.

Anywhere you look online you probably won't find an account of breeding Bettas that is the same as another, everyone has their own techniques, some simple and some complicated. I have done it successfully and on multiple occasions very easily.

Unfortunately, I did not document them as I did it a while ago, however, I do remember what I did. I had 2 aquariums set up, one for the best male I could get, and one for the females. The males should be young measuring roughly 2-3 inches in body length.

Using the recommended products I created a wild set up, waited for the male to build his bubble nest and then added a female full of eggs. That’s all that’s needed, a simple way of doing it.

The mating process does seem quite aggressive and vicious, the male often chases the female around the tank, and then directs her to the nest he created. They will wrap around each other and eggs will slowly drop from the female which the males catches and puts into the nest. Remove the female after this is complete, it can sometimes last for several hours.

Let me know how you care for your Betta, share your ideas in the comments!​