Lemon tetras are a popular species of tropical freshwater fish, favored for their bright coloration, hardiness, and peaceful disposition. 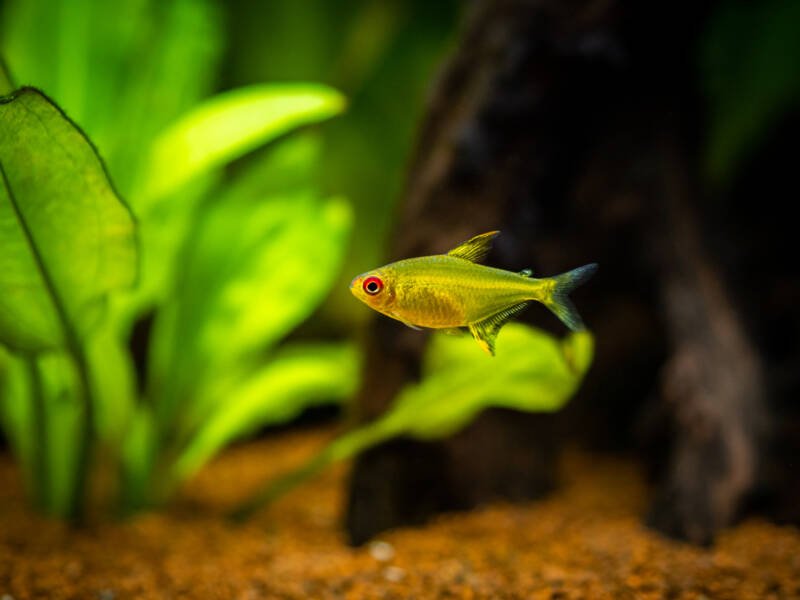 Their conditions in the wild can be easily replicated in captivity, resulting in breathtaking natural displays of community behavior, breeding, and even defense.

As a result, lemon tetras have proven themselves to be enduringly popular in the aquarium trade, starting as one of the first commercially available and bred species and continuing today as a staple in many community tanks.

Their eyes are similarly striking, as the upper half is an intense red color.

The rest of their body and fins alternate between a translucent yellow and white, glass-like luster called hyaline.

In fact, colors are so integral to the lemon tetra that this fish’s health can be gauged on its appearance.

If the eyes are dull and the body colors subdued, it’s an indication that something is wrong.

Their bodies are fairly deep for a tetra and resemble a diamond.

Despite their relatively small size, they can live up to 8 years in captivity, making them one of the hardiest and longest-living types of tetras.

The most notable behavioral trait is the drive to school present in all tetras, the lemon tetra included.

In the wild, their schools can number in the thousands, though they’re equally as content with a few dozen (or hundred, depending on your tank size). 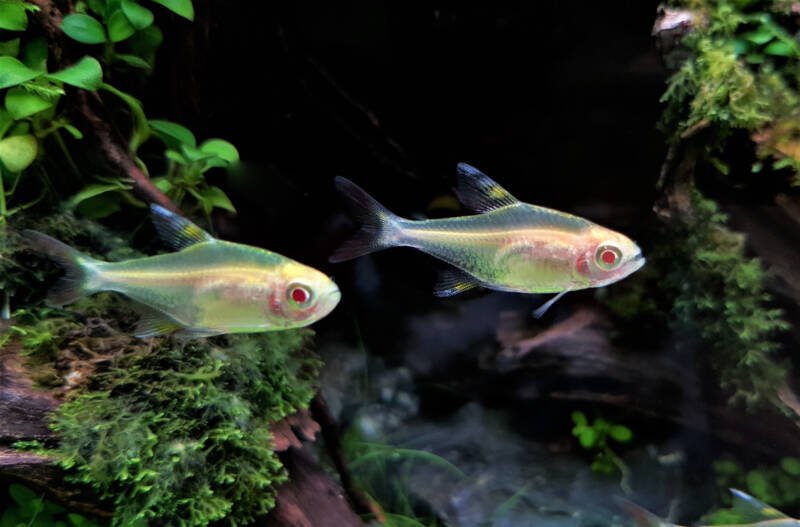 These fish are not aggressive and do well in community tanks with a variety of other species, provided the species are all generally peaceful.

Aggressive tank mates will result in defensive maneuvers from lemon tetras. For truly natural behavior, it’s recommended to use other South American species.

Tankmates that lemon tetras generally do well with include more laidback species that don’t become overly aggressive when faced with competition for food or territory, such as:

Even relatively peaceful cichlids can become aggressive toward tetra; similarly, tetra may decide to snack on shrimp.

The lemon tetra was first introduced into the aquarium trade in the early to mid-1900s, making them an established staple for community tanks. 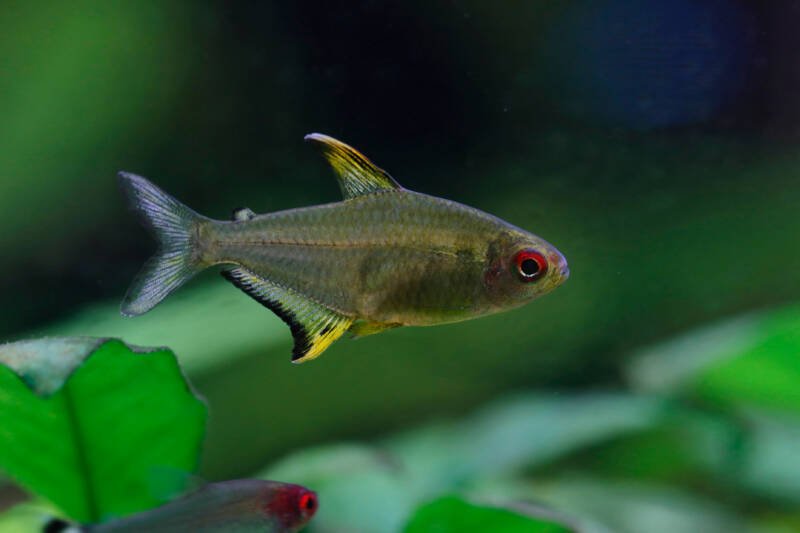 They are also hardy and get along well with many other species, further endearing them to both new and experienced aquarists.

Like several other tetras, they spawn communally and produce many eggs.

This species is not endangered or threatened in the wild and its easy breeding in captivity means there’s healthy aquaculture or tank-bred population available for purchase. 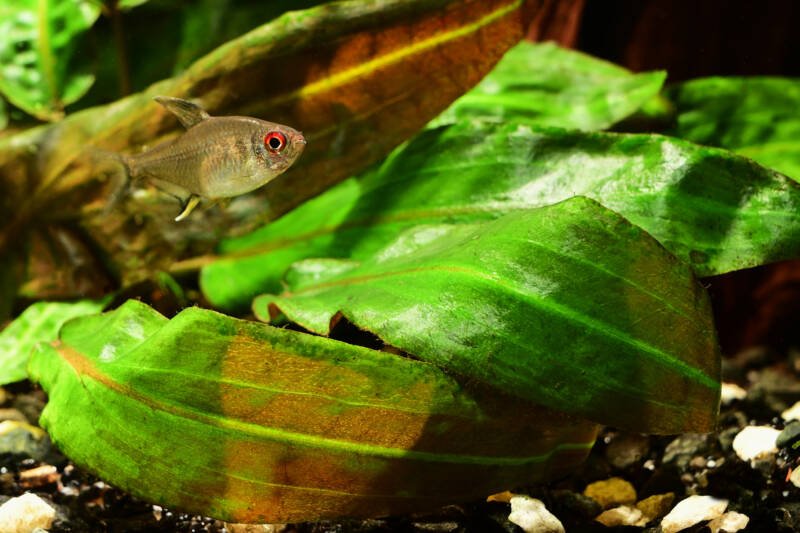 These fish are a topical shoaling species that originated in South America.

The environment they naturally inhabit can be easily replicated in an aquarium, which is beneficial for both finned inhabitants and onlookers.

In order for lemon tetras to not only survive but thrive and remain healthy, they’ll need clean water that meets the water parameters outlined below.

These fish are especially sensitive to their surroundings and will need water changes at least once per week.

The following features are some of the key traits to include when recreating the lemon tetras’ natural environment.

Optional elements of a tank setup include leaf litter, tannins, and floating plants. In these conditions, lemon tetras will easily thrive.

This species does well in community tanks with other peaceful inhabitants and will likely share the same diet as their tank mates.

They accept a variety of flake, frozen, and live foods.

Males will choose specific spots in the aquarium and display to rival males, thus hopefully enticing females into a chase.

Courtship and breeding take place in densely planted areas. Both potential parents will flash their fins and move closer to the other.

If amenable, females will then release their eggs for males to fertilize.

The eggs will fall into vegetation, substrate, or egg traps below.

Each lemon tetra can lay up to 300 eggs at a time, although it’s highly unlikely that this same number will eventually hatch.

Habitual egg-eating from adults and the eggs’ general sensitivity to water conditions greatly reduce the number of eggs and fry.

Lemon Tetras vs. Other Popular Tetras

Though tetras share the same general traits and tank requirements, there are differences that appear depending on the species.

Below, we’ve outlined three of the most popular aquarium tetras.

Though lemon tetras require more specific water parameters to thrive, they are still fairly hardy and worth the investment, especially as they are larger than most tetras and live longer.

This makes them a valuable addition to any tank.

Are Lemon Tetras Right For You?

If you have a large aquarium and are interested in a peaceful community tank, lemon tetras may be the right fish for you.

Their overall coloring and schooling behaviors make them enjoyable to watch, especially when contrasted with similar remarkably-colored fish.

And their easygoing temperament means they can be kept on their own in a school or added to an existing tank.

Their hardiness makes them an ideal fish for beginner aquarists, but be warned: their environmental requirements and sensitivity to water parameters require more upkeep, both in terms of time and money.

Live plants and frequent water changes are a must, as these fish are easily affected.

Their lifespan also means that they’re more of a commitment than other tetra species.

But if you’re ready to invest the resources into creating a tank that mimics a more natural environment, then these fish are a worthwhile addition!